As you all know, I have so far decided to stay away from Twitter, mostly on account of already spending enough time online (I’m falling by the wayside, I know, but -). Based on the accounts below, I don’t know that I dare put up with the mental anguish and aesthetic dilemas at stake:

Twitter discombobulated when bachtrack review does not praise everyone involved

(it’s bachtrack, but they do occasionally give 3 stars and less, don’t they? This describes a performance of Handel’s (virtue-praising borefest) Theodora)

We’re talking about students and young professionals so I’ll be wary about bandying names.

Heavy forshadowing… but starting with the good:

Here instead, in a nod to last weekend’s Glyndebourne Opera Cup and as a means of cutting to the chase, is my roll of honour.

First prize: Polly Leech (mezzo- soprano) a complete artist whose command of style, score, vocal technique and stagecraft was staggering. Her rendition of Irene’s “Bane of virtue” was the first moment at which a singer’s performance met the measure of the work.

(Bane of virtue is a really badass title – \m/ at ya, DJ Handel)

So far so polite and appreciative. Now onto the scandalous part:

There were near-misses for a couple of countertenors too, but one shrieked at the top and faded at the bottom while the other, though more technically secure, buried his head so deeply in his score that poor old Didymus remained glued the page.

😀 Sorry, I don’t have the Twitter truth quotes, as this was pointed out to me by Baroque Bird, who likes countertenors a lot, so I have no reason to think her mezzo-biased or malicious. We had a convo over whether it was weird or not to lay it into ’em (whoever ’em happen to be). Well, you know me 😉 You’re on stage, wear your Gorgon shield.

These are comments on the ROH production of Turnage’s opera for children, Coraline, apparently doomed to be his last (opera):

The Observer’s Fiona Maddocks felt it was overlong, but praised the cast and staging, writing. “With some text trims and … judicious use of surtitles, it could triumph.”

The Guardian’s Tim Ashley, in a four-star review, noted that the children in the audience enjoyed it but added: “Turnage has long divided opinion, and not everyone, I suspect, will like it.”

Worst of all, the bad boy of English classical music criticism:

Indeed, the Telegraph’s opera critic Rupert Christiansen did not pull his punches. “Turnage’s score is grey, sluggish and lacking in either charm or spookiness,” ran his review.

That’s almost as bad as they cuss up in Tottenham, fam. What what!

Hugh Canning, the Sunday Times’s opera writer – although this was not a production he was reviewing himself in a formal capacity – added in a tweet since deleted that he thought that Christiansen’s comments were “spot on”.

He hastens to add, he was not reviewing it himself. But he did post a thumbs up. What’s the (first) world coming to? Wait, he deleted it 😀 world crisis (almost) averted – you didn’t think this stopped here, did you?

The following day, ahead of his opera’s final performance of this current run, Turnage, who in 2015 was awarded the CBE for services to music, wrote a tweet to Canning and Christiansen which said: “Don’t worry Hugh. There will be no further operas by me that you will ever have to sit through again. I’m done with the genre. Going to leave it [sic] my more talented contemporaries and younger colleagues.”

I’m taking my CBE and I’m going home! You critics can write your own operas now! See if I care.

Canning replied: “I’m sorry to hear that. I’ve been a big fan of your earlier pieces. Can I suggest a few cuts in Act 1 & a sprinkling of fairy-dust on the orchestration?”

lolz. It’s but a step from thumbs up, big dawg to a sprinkling of fairy dust. We all flirt with danger on occasion but soon return to the rivers and the lakes that we’re used to. Or to the bowl of potpurri.

The critic’s response was heavily criticised by opera singers including British tenor Paul Curievici, who was not involved with the production. He wrote: “The shared-space-ness of Twitter is tricky, and this is one incident among several in which the right tone has seemed hard to land on … Opera twitter prompting one of our most garlanded composers into abandoning the art form does not make me feel good about opera twitter.”

double lolz. You couldn’t make this stuff up.

The tenor Ben Johnson tweeted: “Where does a critic get off directly (publicly) writing to a composer of this standing in such a way?”

Dunno, dude, I thought you had a really funny sense of humour. A composer of this standing – good thing it’s still ok to say what you have to say about lesser known composers.

All I can say is, a friend of a friend who’s into Neil Gaiman (as well as opera) went and enjoyed it.

Ok, there’s something else I wanted to say: 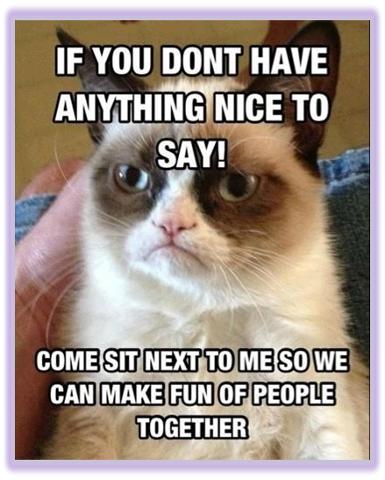