Yep, the series is merrily going along. The latest installment linked below follows the action from Vitellia doing her snarky best to congratulate Servilia for her good luck to the end of Act I.

I’ve quite been enjoying this weekly exercise in rediscovering an old fave. It’s doing a good job at pulling me back into the opera fold 🙂

Continuing this series throughout the month only makes sense. Part 2 takes us from Deh, se piacer mi vuoi to Ah, se fosse intorno al trono. That’s because I decided, as I was re-listening, the music was too good not to include, so there’s quite a lot of it and a surprising amount of Garanca, too. Way more than you’d expect from me 😉 Another things is I got overly inspired to discuss the themes of the libretto. It’s really quite different when you talk vs when you write, especially as I am talking basically as I am listening, just giving in to whatever the music brings to mind. And, like I said, this production has always inspired me to think 🙂 Makes a bit of a change from all the other times 😉

Posted in ...and then I heard that, 1001 musings on la clemenza di tito, acting in opera, audio only, favourite opera productions, mezzos & contraltos, mozart, sopranos, tenors

Well, here we are, 230 years later, which feels right about how long it’s been since I last properly updated. Happy Tito Day to all 🙂

I started a mini-Tito series, in order to celebrate, in which I talk (I’m under the illusion it goes faster than writing… I may be wrong) about my perennial favourite Tito production – the Sellars 2017, obviously. Just kidding, wrong Salzburg year, wrong speed 😉 Give it a listen below. You know you’ve missed my soothing voice vintage non-Currentzified Mozart…

Posted in where does this belong, eh

Why, hello! It’s been a few weird months, eh? Anyway, I did not forget today rounds up 229 years of Mozartian Titoness. But because it’s been the kind of year where trips to the opera have added up to a grand total of nil for yours truly, I’ll leave you with a Tito gif-joke I just know y’all love and have missed 😉

I have to say, I had not realised just how much regular outings to the opera / other cities contribute to my sanity. I always had a feeling I was exaggerating a bit by overbooking. Turns out, no amount of hours spent gaming a kazillion different games or reading or listening to podcasts or even playing with pets has a similar effect. I always thought I could win one of those “locked up for a month in a cabin in Alaska in the middle of winter” challenges but this year has proved me wrong. I needs people! and exciting locales! and a good ol’ live show where half the audience is coughing and your only worry is that they’re disrupting a really fine performance. Remember that? Innocent times. On the other hand, the garden at work has never looked better. Neither did the cupboards in my kitchen… But, honestly, I’d even go watch this Tito right now 😉

With Tito on the Charlemagne (cobblestone) trail

What better return to regular programming chez dehggi than a Tito trip? This is my first Tito trip in two years and this one comes with a historical side dish, as it were. Tito itself is running in Liege but whilst one is at it, a roadtrip to Aachen, the Carolingian capital, is just the thing to do, opportunities permitting. Plus you get to be in three countries in one day (four, if you count the point of origin). I am doing my bit for the upcoming EU elections.

But back to the main things –

Tito with Bonitatibus and Ciofi and the lovely Opéra royal de Wallonie = excellent, though we were already expecting that. I will, of course, write more about it but I was very pleasantly impressed with the conductor, as well. Your chance to catch it on Culturebox is very good, as it will be broadcast on the 22nd of this month, and will likely stay there for a while. Whether you will like the production or not depends on your level of tolerance for the whimsical.

Aachen Cathedral ceiling artwork – I snuck a picture before the usher explained the house rules.

Aachen Cathedral = gets the dehggi stamp of badass approval. Definitely among my top three cathedrals, with Sagrada Familia and San Marco (though I still need to go inside San Marco). If you ever get in the area, I highly recommend making a stop in Aachen just for the cathedral. It is that good, especially for lovers of Early Gothic slash Romanesque. And also because it is neither of the more famous ones above, you will not need to queue for entrance. They do charge you 1 Euro for taking pictures inside, but I am sure you can google the rest of the artwork. Seeing it for yourself is the thing even if you take no pictures.

Like any self respecting city with a long history, Aachen has legends, in this case regarding the (not very bright) devil. Here is the paw of the she wolf used by the clever citizen to thwart his evil scheme of collecting human souls –

…And back to Liege –

the breathtaking Montagne de Bueren steps – yes, the joke is old but too true

PS – yes, cobblestones… they are a thing on the Charlemagne trail (ie, also in Aachen). For Liege, I do recommend the Montagne de Bueren steps, however, you might get your yearly feel of cobblestones on the way back, especially if you are taking the alternative route down after (or during) light rain. It is a very picturesque route, though, so I do recommend it. But I have never seen more unruly cobblestones in my life. They just do their thing as far as roads go, sort of like if the Loch Ness monster had hidden underneath.

slowly, slowly, back to the city

I don’t know if anyone who reads this blog is into true crime documentaries, but I was watching Leaving Neverland earlier this week. For whoever doesn’t know, it’s a recent documentary regarding sexual misconduct allegations against the late Michael Jackson.

I found it clearly told and the testimonials from the protagonists were compelling to watch. I doubt it’s my place to judge if this all is true or not; it’s not why I’m writing about it. I don’t know that I would recommend it to parents either but I think it’s well worth watching for anyone interested in pshychology, especially manipulative behaviour and the complex perspective of the manipulated, both of which are grippingly described. You will learn something about people’s interactions by watching this.

You will wonder what this has to do with anything. You won’t be surprised to hear that I found a Tito connection. You might be rolling your eyes but if you’re around my age or possibly older than me, cast your mind back to the ’80s and ’90s. END_OF_DOCUMENT_TOKEN_TO_BE_REPLACED

Hello, Tito fans! Long time no talk and even longer no Tito talk. Here‘s the first Tito broadcast of the year that I can think of, audio stream of the resilient 1792 Ponnelle production, with Met Sesto-in-chief JDD and others. Hope you enjoy! I hope I don’t fall asleep, there are 2 hours to go until kick-off. (This paragraph refers to 3 April 2019; if you got here after that date, the link is no longer of help, unless you want to know the future Met audio broadcast dates).

ps: the RAI broadcast of the Florence Tito last month was the first of the year. I’m going to talk about it, as well, in a while. Sorry for all the delays; such is life.

Posted in 1001 musings on la clemenza di tito, audio only, mezzos & contraltos, mozart, on the radio 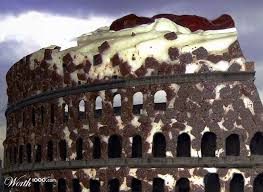 Yes, it’s that time of the year again when we harvest what we sow. You may have noticed I’ve been rather quiet this month but the backstage has had some activity recently, with yours truly busy tinkering at this little gift which I hope everyone who reads the blog will enjoy 🙂 and if you don’t… well, you can skip to the 12:55 and listen to Eterni dei, in a version I’m sure you will recognise.

Without further ado, here’s episode 3 of the opera. innit? podcast, from which I drifted away a couple of years ago due to it taking too long to produce. But I like to hear myself talk too much to actually give up, even in the face of laziness (which I admit is one of my – very few 😉 – weaknesses) and competition from pressing “real life” activities.

So, yea, that’s where you get after years of thinking about Tito too much and talking about it too little (although, thanks to you, dear reader – and often more than once, opera buddy – I’ve talked about Tito more than I thought I ever would 5 years ago).

edit 17/10/18: sounds like Vesuvius may have erupted later than we’ve thought for hundreds of years… rather after 17 October 79AD than on 24 August 79AD…

Giulietta Simionato is one of my (few) favourite Romeos but I just found today – whilst researching the state of Tito nowadays – that she’s ended her illustrious career (willingly) singing… Servilia in La Scala’s small hall. File it under odd choices to go out on. It’s interesting, but more like how Annio would sing it (obviously):

ps: don’t get excited, it’s not her singing Non piu di fiori later – though it would’ve been cool for her to sing Vitellia, however she apparently made her decision late in the game (every other role was taken). So, yes, La Scala allowed Tito about 90 years ago – in the small hall, mind.

No love for Tito, ROH?

It’s no mystery that Tito has largely been rescued from its den of disdain and most of the important opera houses are now regularly programming it. Except for one. Ok, two, but they other one is stuck up.

(It’s all in random, vaguely geographical order and I’ve only researched the houses that easily sprang to mind; it’s been done in other places as well, including Prague and I managed to miss that)

Berlin: 2016 as well as that porny 2010 production with countertenors

Salzburg: 2017 (who wants to see the Parto clarinet jam again? 😀 ) article title: Salzburg, music’s Disneyland… I’m not sure if I strongly agree or strongly disagree

New York City: all the damn time! Returning it again in 2019

Seriously? 2002? Since then we’ve had 2344587 Nozzes, a new (and reviled) Idomeneo, the old, fun Mitridate, a new Cosi, a new Don Giovanni, revived twice in quick succession, the good old Zauberflote a couple of times – but no Tito. Come on, ROH, freakin’ La Scala is doing Giardiniera!

On the bright side, Opera Firenze is doing Tito next year, so maybe a reason for me to visit Toscana? Conducted by Sardelli and with Bridelli as Sesto… It’s in March, though. Antonio Poli is Tito, which means he will sound beautiful and act like a log.

The Dehggi Tito Prize goes to Paris in general. Here’s a city that loves its Tito so much that they run concurrent productions at different theatres 😀 (Garnier had it in 2013 before bringing it back last year).

Runner up: New York City. I may enjoy talking bollocks about the Met but they are consistent about programming Tito (and that is one of the good things Levine has done in his life).