The return of Ulysses to the English public (Roundhouse, 21 January 2018) 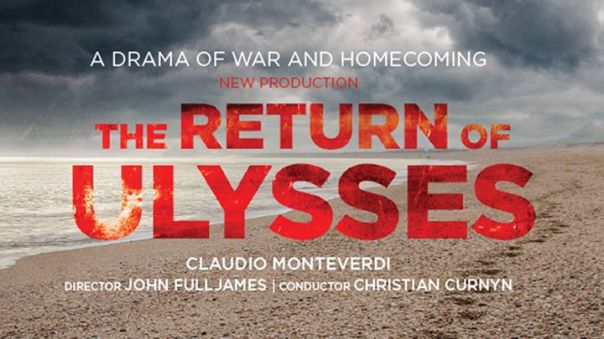 In what has now become a very welcome dedication to the earlier repertoire, this January ROH has staged the second of the three Monteverdi operas, in an excellent English translation by Christopher Cowell. I didn’t feel at all deprived of Italian. For a more historically informed writeup please check Leander‘s.

Interestingly and quite like Willy Decker’s, Fulljames’ production also featured a rotating stage, this time with the orchestra in the middle pit rotating one way and the singers on an external donut rotating the other way. I guess this concept only makes sense what with this story often portrayed on ancient vases and/or to show the passage of time etc.

Though the orchestra was trv kvlt early music, cornetto and all, the team decided to introduce a chorus (made up of selected ROH Orchestra members and Guilhall students, if I remember correctly). In the queue to the loo after the event I overheard some comments that it was unnecessary but I enjoyed it a lot in the party numbers where they were used (I didn’t even know there were party numbers in Ulisse, side from what the pretenders sing; perhaps this was made up but it did not bother me one bit). I thought there was enough informed stuff what with the orchestra and the singers largely adhering to style so a bit of something else along the same lines of Monteverdi’s writing was a-ok.

Williams as Ulisse was wonderful, very affecting and light at the same time (in regards to his movements as well – Mum commented his dancing skills were tops). Now having heard a few Ulisses I liked his take better than Streit’s. I’m still undecided between him and Bostridge because both are great. I’m quite sure Streit was shortchanged by the orchestral forces behind him and possibly by the direction. This time everything was as it should be, with no singers ever having the force their way through the wall of sound or chance becoming unheard or simply powering through for no discernible reason.

I wasn’t convinced by Carby’s Minerva, whose voice sounded too large for the role for me. I understand the direction asked her to portray the boot and combat trouser, strong and scorned god but one still needs to vocally keep with the style of the piece presented. Unlike Leander, I enjoyed Chiejina’s Melanto a lot and did not hear her vibrato. I thought she did a wonderful job, the best I’ve heard from her so far, with attention to style, wit and youthfulness – and I really like her full (but not too full yet) tone and her tackling of trills. She was easily my favourite after Williams.

Hulcup, taking over the run at the last minute from Chistine Rice (who is on the DVD with Christie), has a genuine mezzo voice that’s not hard to enjoy. On the other hand, Penelope is a very difficult role – what with the constant lamenting – so one needs a lot of colour and to show an intrinsic knowledge of a wife’s tribulations. I didn’t feel either, though the moment she finally recognises Ulisse was well done and she and Williams blended in a lovely manner in the subsequent duet.

This was a very serious production with the comical side toned down considerably and the chorus standing in for stranded refugees. The rotating donut pulled Ulisse away from Penelope even as they sang the final, “happy-ending” duet, apparently in a thought provoking manner. It is perhaps my failing that my thoughts didn’t feel particularly challenged…

I loved it musically – especially concept-wise and in regards to Williams’ performance and liked most of others’ performances. Dramatically I’m not sure I got it all but you know I always enjoy a sparse design and am rather fond of rotating stages. The Roundhouse either has very good acoustics or something because, as with any round halls, the singers do turn around to sing to different sides and sometimes they have their back to you. There was sound muffling but minimally so. I also liked Minerva and Telemachus singing their duet whilst circling the stage on a tandem bike 😀 it provoke the thoughts of “look at what else opera singers have to do these days! Great cycling skills! Remember Rinaldo at Glyndebourne? And remember how Orfeo had to dangle from the ceiling in this very venue two years ago? What shall they have Poppea do in 2020?!”

ps: the ushers at the Roundhouse are ace! There was quite a bit of going out of one’s way observed by yours truly. Also the public was very congenial. Mum and I were in a lift with a bunch of ladies her age who all smiled at everybody. My Mum went what’s all that smiling about? All I could say was think first world thoughts, Mum.