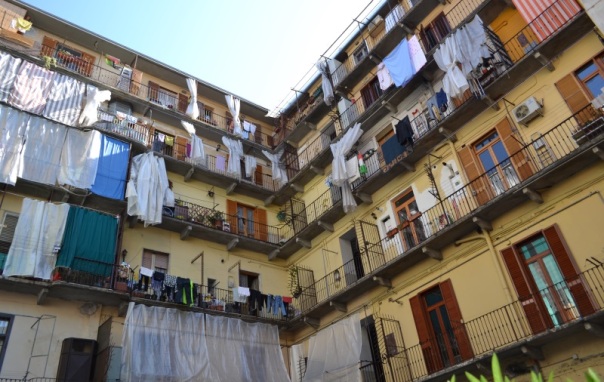 all the pictures in this post can be enlarged 🙂

Thadieu and I arrived bright and early in Torino on 21 April, after a (very smooth) redeye flight that saw us leave the house at 4am. As per instructions, we went to the train station across from the airport. It was deserted, the ticket machine broken. We went back into the airport looking for another machine, as per the instructions on the broken one, but in the end it turned out the train wasn’t running (don’t ask me why, my operatic Italian only goes so far) and we got bus tickets to the rail replacement instead, with assurance the bus will leave us in the proximity of the Dora Station, where we needed to get in the first place.

But this is a commuter bus and you need to know when your stop is coming up. We, of course, didn’t. We followed it on Google maps but then, at an unknown distance from our stop, the bus made a right turn and crossed the river. Oops. We got off and made our way on foot, which wasn’t bad at all, and it took us to China Town and to that – apparently – famous and very large street market near the Duomo, to thadieu’s delight.

Teatro Regio: business at the front, party at the back

After a very welcome nap (yours truly slept like a hollow log, heard nothing, smelt nothing whilst the host cooked downstairs), we got some tips from our host and went out exploring. The theatre was comfortably close, right outside Regio Parco, through an ivy covered wall and up a short, curved slope. From the outside it looked like all the other buildings lining up the square – all with collonades facing Palazzo Madama. Inside, though, is a modern building. Much to our enjoyment, L’incoronazione di Dario was advertised in immense letters and in various posters.

We ventured into the box office and I picked up a leaflet advertising the local Vivaldi Festival. If there is a Handel Festival – several, in fact – it only makes sense someone somewhere should celebrate the Red Priest 🙂 hopefully every year?

From the leaflet I learned that Galou and Cirillo were singing Vivaldi and JS Bach’s Magnificats with Dantone and the local orchestra and that night!

thadieu: should they be singing three nights in a row?
dehggial: I guess they can!

Whilst we gently wandered around the square, I inched towards wanting to attend the show even if thadieu wanted to get back due to raging allergies and in spite of the fact that we only had one key. But I learned a valuable lesson: the box office closes at 6pm during the week so no greed for dehggial. We also realised they had a Juditha with lesser known singers (including a contralto who sang Holofernes, Abra and Ozias!) on April 19, part of the festival.

To ease the pain 😉 we went and got 2 flavour gelato (€2) and capped the day off with fluffy pizza at a place frequented by locals (suggested by our host). On the way back we marvelled at – and approved – the homely feel of the practical use of window and balcony space.

After a 12 hours sleep (thadieu due to jetlag/allergies, yours truly due to lack of sleep in general) and an amazing racket made by the host’s cat in one of those mad moods, we were ready for the opera! We got there with enough time to leisurely marvel at the venue (selfie time with… everything, but especially the doors, which are very clever and the giant sign advertising Dario – pictures when I get home and also at thadieu’s blog) and realise our tickets actually needed printing. That wasn’t an issue, the staff at the venue/box office were very nice.

We then got to our box – as you can see from pictures of the venue, there is an open plan auditorium and one level of boxes all around. The layout reminds me a bit of Opera Bastille. The views are good from everywhere in the auditorium but not from all the boxes. Namely, not from ours, because the orchestra pit is curved, so I don’t at all recommend the first 6 boxes on the sides, unless you particularly want to see the orchestra – you get the best view in the house for that, and we did make the most of what we had. This production added insult to existing injury by having the singer’s often sing from the back of the stage, so, for instance, Dario’s first aria came to us through the wall, which made for some guessing. We also missed some of the visuals, like late Cyrus’ portrait and half the action during the fight scene.

pit view from our box

However, you know we’re always looking to upgrade and I spotted central seats on the row with the camera. Yes, there were cameras in the house so one can hope for possibly a TV broadcast? Ideally a DVD, but who knows how Italian houses do it. Considering the market is not saturated with Dario DVDs and Dantone believes in this cast… in any case, we successfully upgraded to the 8th or so row centre for the second half and we could then see and hear everything.

It would have really been annoying to miss the “contralto in the woods” aria, with Mingardo’s back and forth flights to the back of the stage, because it was absolutely hilarious. If you don’t know what I’m talking about, it’s the moment when Statira, having been tricked by her scheming sister, Argene, is imagining how beautiful the woods with the chirping birds will be when she meets Dario outside city walls. The aria repeats the A section several times and she keeps coming back to the centre of the stage, much to the annoyance of Argene and her paid help, who want her gone already. Suffice to say the aria showed off Mingardo’s artistry both in singing and with regards to comedy. I especially enjoyed a moment where she deliberately allowed the violin centre stage, having varied her dynamics in sorts of ways up to that point.

This is a good moment to mention that thadieu and I (along with Leander and Baroque Bird) saw a performance in London on the 20th, which left us perplexed by the conducting choices. So I was paying special attention to Dantone’s handling of a non-specialised orchestra with Baroque voices. Time and again it was clear that a very delicate touch did the job brilliantly, allowing the singers to vary their dynamics as needed, without being drowned.

However, remember that short convo thadieu and I had upon realising Galou and Cirillo were singing three days in a row? Well…

Teatro Regio announcer: Sra Galou has oversung but will still be with us tonight, just go gently on her.

So she’s not made of teflon, after all 😉 welcome to 40, Sra Galou. Only volume seemed affected, so upgrading helped. The coloratura was there, the silliness of course (Argene is very busy scheming, especially in part two, but all her efforts are thwarted, so she needs to be very resourceful) and the ravishingly beautiful tone as usual. I guess she could vary her facial expressions a bit, there is only so far mischievous winking can go – I say this myself as an abuser of said winking and veteran face puller. But this is an out and out comedy and she, along with everyone else, seemed to have lots of fun. I especially enjoyed the short aria where she manipulates both Dario and Statira and – of course! – the closer, Ferri, ceppi, sangue, morte!, when Argene, having been found out, is put in “the harshest chains” yet she boasts she’s not scared at all. We know she’ll be plotting away. Here was where a bit more volume would’ve helped with the shouts of “morte!” but still the legs to was beautiful (< that was autocorrect, but yes, legs indeed. Argene showed leg at every opportunity, not that anyone was complaining (except for Dario). What I actually meant was legato 😉 ). 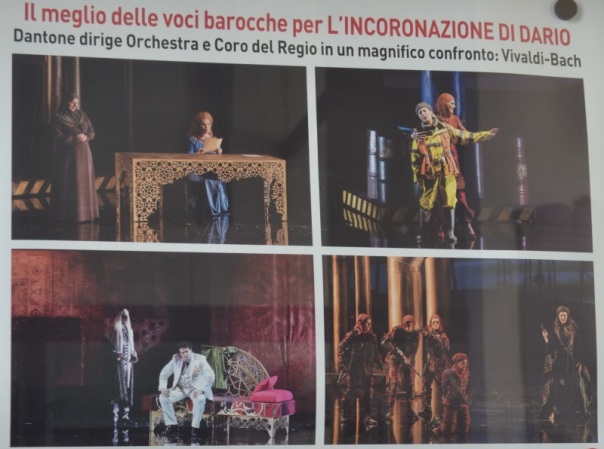 Team London: Dantone too knows about the magnificent confrontation! 😀 (that was the concert on 21st April)

I dind’t mind the costumes as much as I thought I would (but I will still bitch about them), though I didn’t understand why Cyrus and Niceno were dressed in Saudi garb, with the women in Gate of Ishtar attire, the army as guerillas, the Oracle in Western suit/PR clothes and Oronte, who’s the chief of Persian administration (so a Prime Minister of sorts) looking like the Captain of the Janitors. It’s especially amusing when Argene, in her sumptuous robes (blankets) asks Mr Janitor in fluorescent jacket and rubber boots to rule the empire alongside her. I guess that would assure special attention would be given to the local plumbing issues 😉 I also don’t think the piping/stage design made any particular statement, aside possibly from pointing to courtly internal machinations/more focus on Captain Janitor 😉 there were also lots of hanging curtains, some of each resembled he local Shroud suspiciously well, at least to my mind. I really admired the work put into the representations of Persian relief sculptures, though, again, the whole concept felt so scattered to me I didn’t particularly see need for them. For my money, the costumes (blankets) and filigree lamps gave enough suggestion of the era.

well, with Giulia’s explaination and after seeing it again, I have finally got the concept. More about that in the next installment.

So that’s it for now (more gelato and pizza after the show, of course). I know there is a lot I didn’t talk about – like more than half the cast – but this is due to the luxury of seeing two performances. I confess on occasion I was so focused on the orchestra/Dantone I had to sacrifice the attention paid to singers. For more impressions on this production, check out thadieu (this performance) and giulia (the premiere). There will be lots of venue (selfies included), town and maybe curtain call pictures when I get home, though as curtain call goes you’re better off with thadieu’s video for the feel of the place.

ps: sorry for any typos, the kindle isn’t made for writeups.